The slow-moving beasts of the insurance sector are being targeted by activist investors betting that a pandemic knock to valuations and years of overexpansion have made them vulnerable.

High-profile campaigns are running side by side. Cevian, Europe’s biggest activist, followed up a long-held investment in the UK’s RSA by jumping on the shareholder register at its peer, Aviva, earlier this year, pushing for bigger capital returns and extra cuts to costs following a string of disposals. London and Hong Kong-based Prudential has completed a carve-up under pressure from Dan Loeb’s Third Point.

Finland’s Sampo is busy selling down its stake in Nordea in order to focus on its core insurance business, under pressure from activist Elliott Management. NN Group, another Elliott target, took another step to streamline last month, agreeing the sale of its asset management arm.

Activists and corporate advisers gave some reasons why European insurers, in particular, have grown vulnerable during the pandemic: their stocks have been trading at deep discounts to the wider index, and some have built hefty cash piles after dividends were held back last year.

Overarching that is a rethink of the conglomerate model that had long held sway in the sector.

“It looks like today the opportunities in the sector overtake the difficulties,” said Catherine Berjal, chief executive of activist hedge fund CIAM. Heavily regulated and complex businesses such as insurance companies are not your typical targets, activists say. But Berjal expects more campaigns “at the insurers where the market price is not high”.

Cevian senior partner Harlan Zimmerman said that over the past few years the UK and European insurance sector has become more attractively valued, citing factors “such as a legacy of poor performance, historically low interest rates, the market’s preference for growth companies and, most recently, regulators forcing capital accumulation due to Covid.”

Even after making up some ground in recent months, the region’s insurers tracked by MSCI are trading at a discount of about 33 per cent to the relevant index, according to Bloomberg data, about nine percentage points more than the average since 2005.

A number of insurers present “compelling opportunities”, Zimmerman said. “[These] have significant value-creation potential from structural and operational improvements, are significantly overcapitalised, and should be major beneficiaries when interest rates rise.”

Last year’s dividend suspensions by some insurers fed disquiet, and opened the door to activist campaigns, investors say. “The fact that dividends were cut last year has awakened lots of shareholders and activists in insurance and reinsurance,” said CIAM’s Berjal.

Corporate advisers that specialise in activist campaigns say a sector-wide retrenchment from the international ambitions of previous decades has also given activists an opportunity to press for cash returns and cuts to costs.

“There was this policy of . . . geographic expansion and acquisition,” said Malcolm McKenzie, a managing director at professional services firm Alvarez & Marsal, which advises companies on how to manage activist campaigns. Most of these expansion strategies “didn’t work out”, he added.

Retreating businesses have ended up with even more excess capital because of disposals, he added. At Aviva, that has given an opportunity for Cevian to step in and “rattle the cage”, as McKenzie put it.

Executives at current and former targets sing a similar tune: all ideas are welcome, but we are not being told where to go by the back seat driver.

“Nobody pushes us harder than we do,” Aviva chief executive Amanda Blanc told the FT last month.

“We will constantly be pushing for the organisation to continue to improve, we know it has underperformed in the past, we recognise that and we want to make the performance better,” she added.

“We didn’t need Cevian to tell us that RSA had an expense issue and had to therefore improve its productivity,” said Scott Egan, chief executive at RSA’s UK and international business, who has been at the group since 2015, shortly after the activist joined the shareholder register.

While productivity goals can be obvious, reaching them is the important bit, he said. “The world is littered with good PowerPoint decks, but the execution is what differentiates.”

Activists are understandably keen to take credit for any success. When news broke in December of RSA’s takeover, lifting the share price, Cevian highlighted the “strategic and operational transformation” that had preceded it. 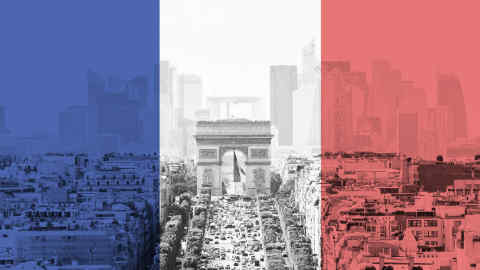 In the midst of a long governance-focused campaign from CIAM, French reinsurer Scor’s chief executive Denis Kessler decided last year to step down. “If we were not on his back, he wouldn’t have done that,” said Berjal.

AIG, one of the most high-profile insurance targets in the past decade, announced last year it would split off its life insurance business, a few years after repelling activists that were seeking such a move.

NN’s sale of its asset management business was not one of Elliott’s demands — it had pushed instead for the company’s Japan life division to be sold — but at the least it reflects a focus on so-called “portfolio optimisation” that has taken over the sector.

And for board members keen to avoid activist campaigns and the game of communication that comes with them, the trick is to look at their businesses as an outsider, pre-empting the activists by asking the hard questions before they get there, said Paul Kinrade, a senior adviser at A&M.

“Are you really as focused as you can be? Are you driving maximum returns from the capital that you are dedicating to the business? Are you going off on tangents that are bringing no value to shareholders, ultimately?”

Answering those questions, Kinrade said, is “the way to avoid activists coming and banging on your door”.