GREE shares continue to make a name for themselves for all the wrong reasons as the calamitous fall continues on Monday. Things were already bleak for those long from the old SPRT ticker but since GREE took over, things have gone from bad to worse. GREE fell another 22% on Monday to close just over $30. GREE peaked at $60 last week and so had lost half of its value in just four trading sessions. What investors and traders must be wondering is how much more pain is to come?

Just as a back story GREE was formed as Greenidge Generation Holdings Inc. took over and merged with Support.com. Support.com had traded under the ticker SPRT and was a meme stock favourite with a large retail following enthusiastically discussing the stock on social media. SPRT stock had exhibited huge price swings just as with a lot of other retail or meme names. Back in March of this year is when things started to get interesting and when retail traders started to really notice the stock. The deal with Greenidge was announced in March.  Support.com was a good fit for retail traders as it was a facilitator of remote working solutions which grew in popularity during the pandemic. However, Support.com is a much smaller entity despite having a public listing.

After the merger, Support.com became a small part or subsidiary of Greenidge. SPRT shares spiked on the announcement of this deal back in March but went quiet again until retail interest appeared to pick up in August. SPRT stock was circulating around various social media chat sites as the short interest was high, meaning the retail traders decided to try and instigate a short squeeze. This has obviously worked well in other meme names such as GME and AMC, but SPRT was not exactly in the same situation. SPRT stock was to become a much smaller piece of the overall GREE company. There have also been valuation concerns that the SPRT spike had put a much too high valuation on the combined GREE company and investors sold as a result. Usually in a merger or take-over positions in the old ticker are rolled into the new one.

As we can see from the chart below the point of control since GREE laucnhed is at $47.56 with the Volume Weighterd Average Price (VWAP) just below at $43. This is a volume resistance then as most of the volume has been here. There is not much historical data to look through for the chart otherwise and the volatility makes any analysis very difficult. Please use risk control in all names but particualrily one as volatile as this 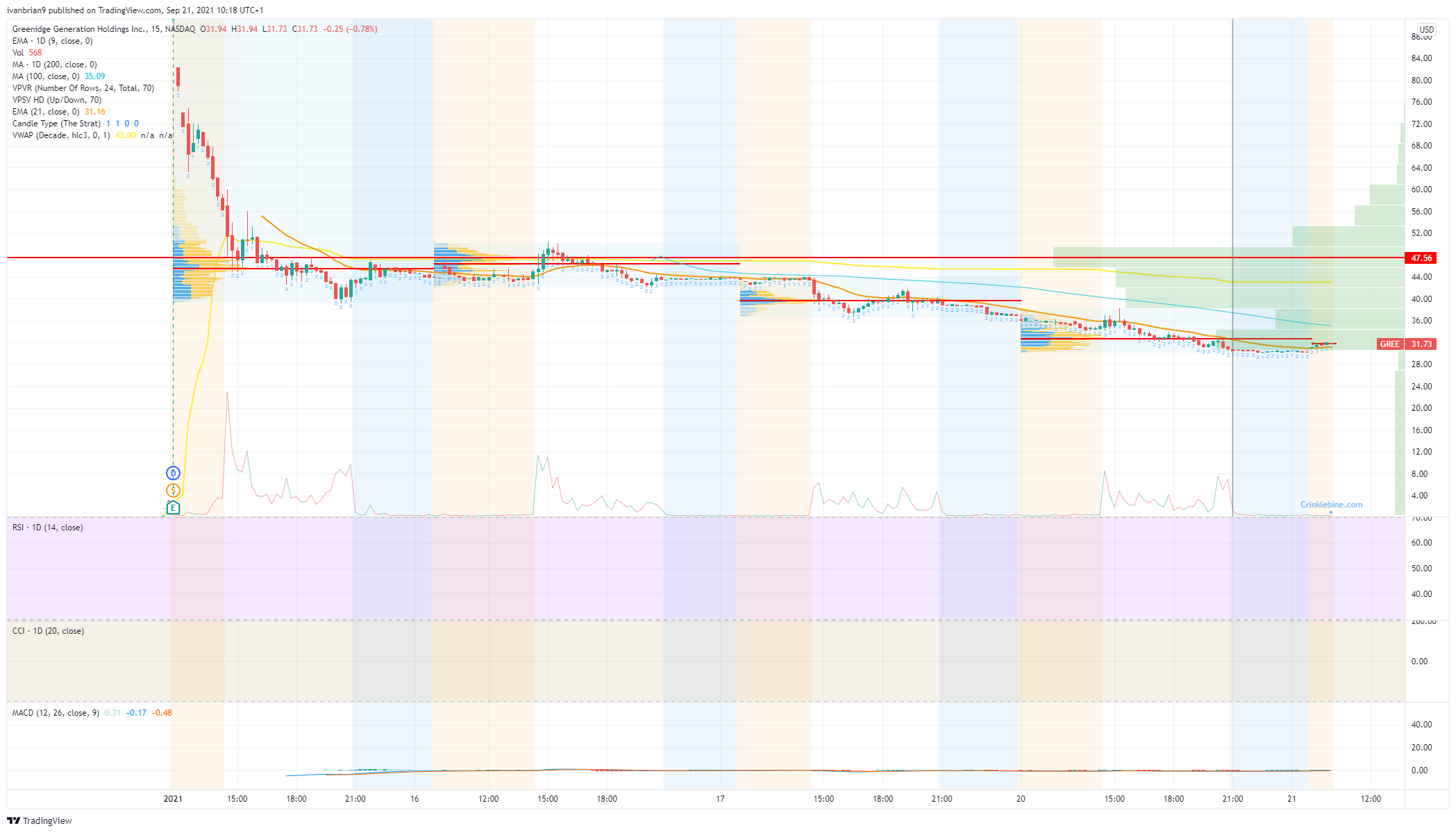