SPY falls sharply on Monday as Evergrande concerns hit in Asia.
Stocks slide also as Fed may talk the taper this week.
SPY was due a pullback is this a dip to buy?

Well everyone has been talking about the dip for some time and the market finally delivered on Monday. A pretty decent fall but this still only brings us back to levels seen in late July, and even back then people were starting to voice concerns over the record-breaking rally. Morgan Stanley is now turning increasingly bearish saying that this correction could extend to up to 20%, but corrections can be healthy allowing fresh impetus and not letting things get out of control. The backdrop remains solid with equity markets enjoying support from an unprecedented run of Central Bank stimulus. It is this stimulus which has partly caused the slide with the European Central Bank announcing its own taper with the winding down of its PEPP program and likely to replace with another version. The Fed is due on the wires this week and investors are nervous that the dreaded taper will hit. Added to these concerns is the evergrowing Evergrande debacle with China looking to play blink with bond investors. Asian markets started the fall on Monday but have so far steadied on Tuesday.

SPY fell through the 100-day moving average straight from the open but a decent bounce on the close saw a slightly better overall look. As we can see from the 15-minute chart below this open resulted in a volume gap from $442 to $437 which can be quickly regained today on any bounce.

The daily chart shows the extent of the move with the entire of Monday’s range taking us outside the lower trendline but the close took us back above the 100-day moving average. We can certainly try a buy the dip here but clearly now but resistance is at $441. The short term trend is bearish with a series of lower highs and lower lows as evidenced by the 9-day moving average. Our preferred buy the dip level remains around $420 to $415. Now that quadruple witching is out of the way markets historically trade lower after this multiple expiration and also as mentioned September is not a strong month for equities. Added to this is the massive options expiry which means market makers are likely now hedged long and so every move lower will result in them selling over hedged positions. 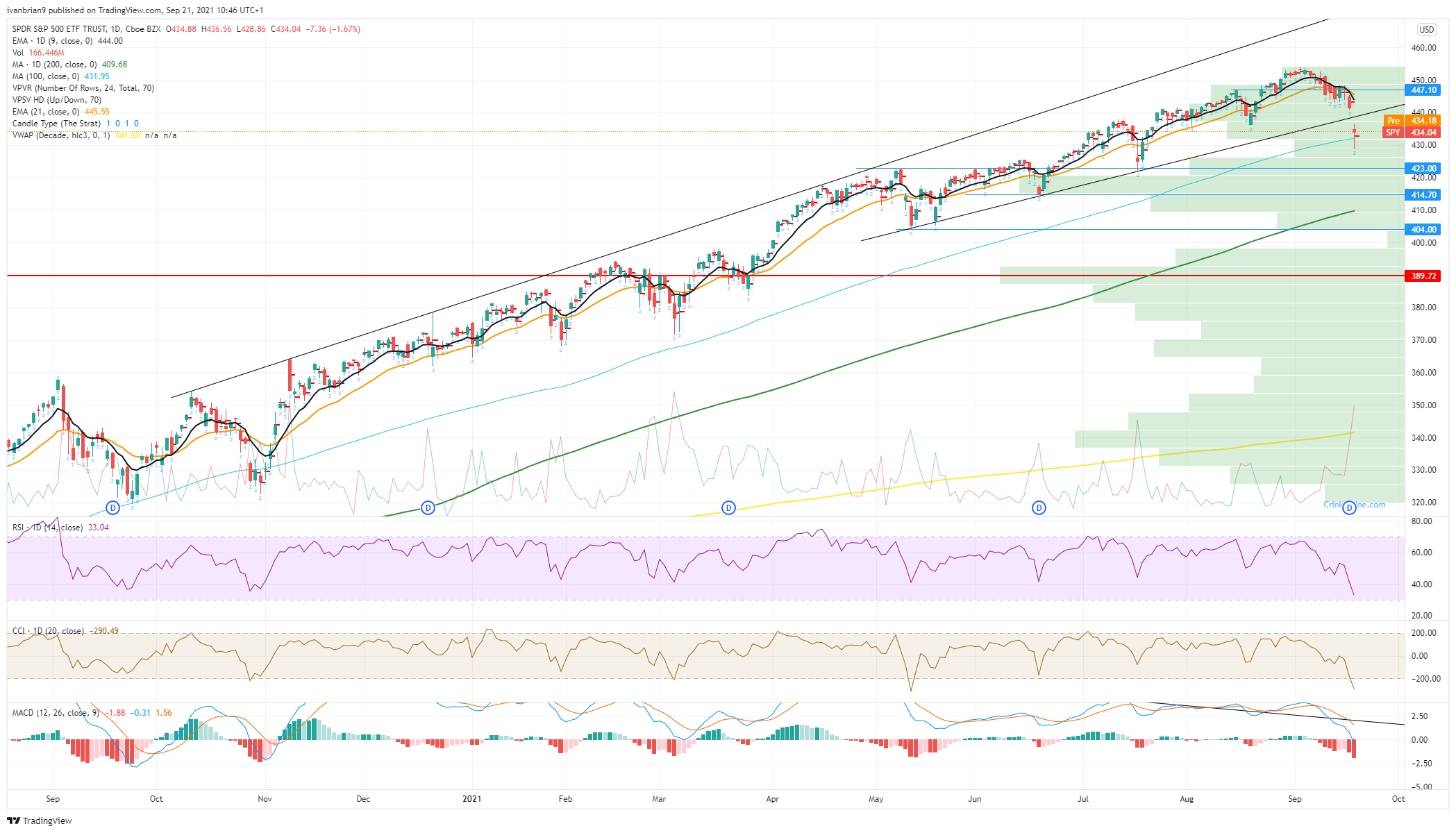