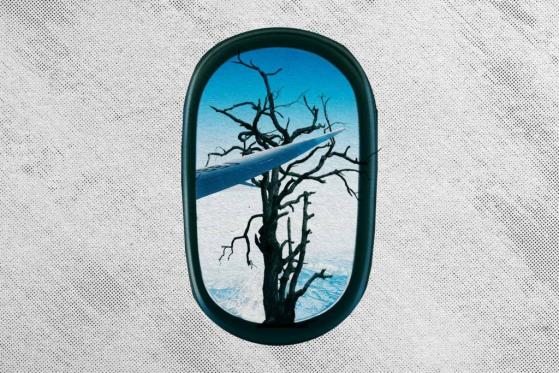 The hospitality and travel industries, despite being two of the fastest-growing in the world, were negatively affected by the economic restrictions induced by COVID-19, which are now gradually fading away.

Despite the impact of the pandemic on consumer behaviour and every aspect of these industries as a whole, the sectors have managed to adapt and scale significantly ever since, thanks to modern advancements in both technology and health care.

Notably, blockchain has played a vital role across several industries since COVID-19’s arrival, providing alternative, sustainable solutions where there previously were none, or where the systems being employed were outdated, for lack of a better word.

More specifically, the application of blockchain in certain areas of the hospitality and travel businesses is currently revolutionizing the experiences of both business owners and their downlines, which includes end-users.

A prominent player in this area is Winding Tree, an Ethereum-based decentralized B2B marketplace for hotels, airlines, and travel agencies, among other services.

By using blockchain technology to facilitate fair and competitive travel distribution, Winding Tree is working to create an integrated solution for B2B buyers and sellers, like hotels and travel agencies.

In an exclusive interview with Maksim Izmaylov, CEO of Winding Tree, the serial entrepreneur and blockchain enthusiast discusses the company’s approach to re-engineering the economics of travel-related transactions.

According to Izmaylov, the present state of the hospitality and travel experiences is not ideal, and while this can be attributed to a variety of factors, one of the most significant is the presence of an excess of intermediaries.

“Anyone familiar with the travel industry understands that any travel-related transaction, such as a hotel reservation made online today or an airline reservation, involves at least five, if not ten, middlemen, each of whom, of course, charges a small fee. And, you know, they basically just garble the data that flows from one provider to another,” Izmaylov noted.
Having been a standard industry-wide practice for several years, one of the initial problems that Winding Tree is looking to address is the elimination of needless intermediaries, which will result in cheaper airline and travel reservations. Interestingly, the benefits don’t end with the businesses involved, as end-users themselves would also be beneficiaries of cheaper pricing.

In addition to solving the problem of multiple intermediaries being involved throughout transactions between buyers and sellers, Winding Tree also wants to re-engineer the process of data collection. According to Izmaylov, there is a great deal of data disparity in the current booking systems used by hotels, airlines, and travel agencies, owing to the involvement of such intermediaries.

“For instance, suppose you’re a customer speaking with an online travel agency, and they already know a lot about you. You told them your name, age, and whatever information you choose to disclose.

However, if the data passes through 5-10 intermediaries, you can imagine the amount of data disparity that may ensue,” Izmaylov noted.
Izmaylov further explains that, at the end of the data flow, the hotel will most likely only obtain the customer’s last name, first name initial, and email.

Even worse, they can’t tailor offers to a potential customer, and they may not be able to provide a better deal because the customer belongs to a certain age group, or because they belong to a certain association, or something similar. All that information is lost in the process.

Hence, by ‘unbounding’ the data flow, i.e, eliminating intermediaries between market players, Winding Tree is able to not ease the process of data collection for businesses, but consequently ensures the delivery of a great and tailored experience for end-users at a very affordable cost.

Winding Tree Wants to Extend its Offerings Beyond Travel

Izmaylov noted during the interview that the essence of a marketplace is really about the identity of that company and, in their own case, the Winding Tree decentralized marketplace is primarily focused on travel. However, according to the company’s CEO, the theoretical plan is to extend to other industries and services.

Interestingly, the platform makes use of smart contracts that interface with the blockchain on which it is built, which suggests that any company could easily integrate their website, social media, account and so on.

Part of the company’s plan is to create what Izmaylov described as a ‘system of self-sovereign identity’ or SSI for organizations. This particular feature, according to Izmaylov, makes use of a customized underlying technology known as ‘OrgID,’ which effectively means identity for organizations.

“It’s incredible when you consider the possibilities of the SSI system. For example, suppose you have a proven identity for a certain company or a network of those organizations in a completely decentralized environment with no central authority, right? What sort of things are you going to be able to do there? You know, where everyone can connect to anyone without asking permission,” Izmaylov explained.
Other major benefits of the SSI system centre around the management of data and online profiles. To achieve this, Izmaylov explained that they are trying to map the existing business entities to their blockchain and online identities.

Essentially, by doing so, Winding Tree is establishing a standard for such companies to communicate with and recognize one another online, which is a system that does not yet exist, or, if it does, is not based on a decentralized system.

Ultimately, Izmaylov remarked that Winding Tree is developing a solution with limitless potential, making it difficult to predict exactly what the future holds. However, the company is quite optimistic about the numerous purposes it can serve now and in the future.

Many businesses are still unaware of the potential of blockchain and cryptocurrency, and are hesitant to use them.
Few businesses prioritize innovation, and those that do often lack the resources to execute properly.

Consumers in the hospitality and travel industries are typically selective, and tend to gravitate toward providers that prioritize personalized services above anything else. This, on the other hand, suggests that businesses using a platform such as Winding Tree have a better chance of attracting clients than those that do not.